Where did you teach?

Do you have a funny memory from the classroom?

My first day was equal parts funny and terrifying. My first class was year 1. My very first class on my very first day as a teacher. It was the kid’s first day at school. There was meant to be a Thai assistant there but they didn’t show up. It was just me and a bunch of little kids who spoke no English.It started out well enough. We were having fun. My mime and high speed whiteboard drawing skills were being put to the test. About five minutes from the end of my first class the novelty of the giant man speaking a funny language wore off and the classroom just exploded. There were kids running around screaming, stuff was being thrown, one kid was attempting to climb the blackboard. It was a total nightmare.

When I told my wife (Tanya), she couldn’t stop laughing. She calls it my Kindergarten Cop moment after the old Schwarzenegger movie.

Fortunately, I got better at running a classroom and can laugh about it now. It was an intense learning experience. 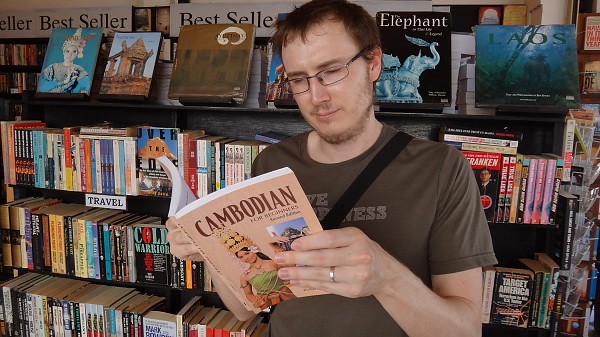 What are some local expressions one should consider learning?

“Mai Pen Rai”. It means “no problem” or “don’t worry about it”. It’s one of the more useful phrases I’ve learned. If you’re working with Thais it’s also important that you embrace the attitude behind it and learn to go with the flow. “Mai Pen Rai” isn’t just a phrase, it’s an attitude.

What were the biggest cultural adjustments?

I found the Thai brand of patriotism interesting. I’m Australian. We don’t pay any particular respect to our leaders. Standing for the national anthem isn’t something we really do generally. I think the Australian prime minister has had school kids throw a sandwich at her on 2 or 3 separate occasions in the last few months. Deference and respect for authority isn’t a big feature of our national identity.

At the school I was teaching at in Chiang Mai we had assembly every morning. They would play the national anthem plus some other songs and there would be a prayer or two. On one occasion some of the older students, who stood behind the foreign teachers, complained to the principal about the foreign teacher’s unpatriotic behaviour. Although we were standing still and silent during the anthem we were not standing with our feet together.

It’s their country and I was a guest so I was happy to abide by their rules. It was still quite a surprise at the time to be reprimanded for being unpatriotic. 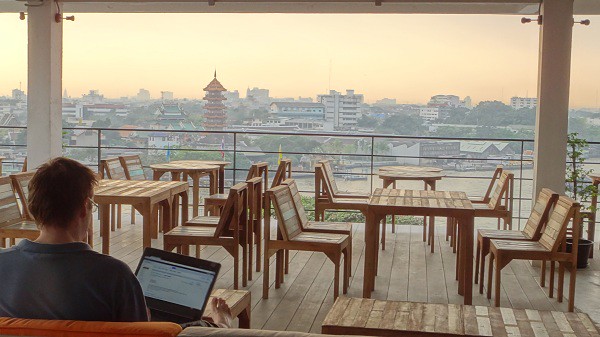 Could you briefly describe your hiring and Visa process?

SEE Tefl, the school where we did our TEFL certificates, helped us get Non-immigrant B visas before we left home. That gave us 12 months with a required visa run every 3 months.

Once we finished the course we started looking for work. That meant printing out a stack of resumes, dressing up in our most presentable clothes and riding our little motorcycle around to every school in town. Everything was done face to face.

Once we had full-time jobs the school started the work permit process. They had a dedicated staff member to deal with the work permits of the foreign teachers. The application for my work permit took a long long time. It didn’t finally arrive until I’d taught for a whole semester and then we had to leave due to a family emergency. I felt quite sorry for the guy who had spent months doing all that paperwork.

Are there any specific education requirements to find a teaching position?

It really helps to have a university degree. It doesn’t matter what your degree is in just as long as you have one. Last I heard it was virtually impossible for a school to get you a Thai work permit without you having a degree so the more reputable ones simply won’t hire you.

Language schools may employ people without a degree on a part time or casual basis. You’ll still need some sort of TEFL certification. 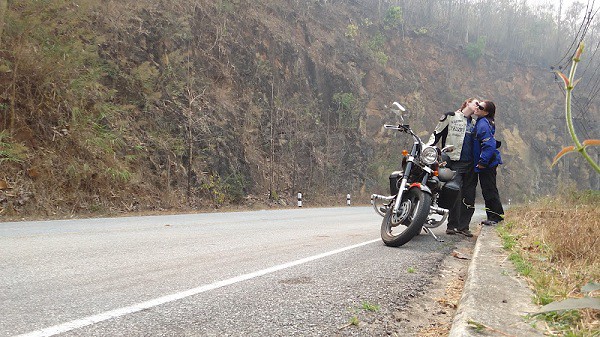 In your opinion, is this a good destination for a first time teacher?

Yes. Lots of foreigners live in Chiang Mai. That can make the job market competitive and means that salaries are quite low. However, the schools, apartment building owners and pretty much everyone else are all used to dealing with foreigners. That makes it a very easy place to slot into. It’s a good springboard into Asia.

Can you tell us a bit about your travel blog and what readers can expect to find?

Magic Travel Blog is a place for Tanya and I to share our adventures and things we’ve learned about long term travel. We’re full-time travellers who have grown out of our backpacker phase. We’re not backpackers anymore but we earn our living and live our life on the road. We try to share lots of information that will be useful for others wanting to do the same.

Can you briefly tell us about your upcoming travel plans?

We’re pet and house sitting in Singapore right now. After another five weeks we’re heading to Scotland then Spain. After that we don’t have any definite plans. The world is our oyster 🙂

A big thank you to Andrew for sharing his experiences teaching in Chiang Mai. You can keep up with Andrew and Tanya’s adventures over on their travel blog, as well as on Facebook and Twitter.