The English language has been in a state of flux since its approximate inception on the British Isles during the 5th century. Starting its life as the now-almost-unrecognisable Old English, it developed into Middle English and then finally to the Modern English in current usage. Along the way, the language has borrowed and bastardised a bewilderingly large number of words from other languages – with the result that English speakers are already familiar with hundreds (if not thousands) of German, French and Latin words. German English began as a Germanic language when the tribes of the Angles, Jutes, and Saxons arrived from the European continent during the 5th century. The language, therefore, shares much of its grammar and basic vocabulary with Dutch and German. In fact, the most frequently used 1,000 words in the English language are of Germanic origin.

French Norman French became the language of the ruling class when William the Conqueror came into power in 1066. This shift started what Bill Bryson called the ‘final cataclysm’ of the English language. For the next three centuries, French became the language of the court, culture and administration. English, by contrast, was relegated to everyday usage. It was during this period of side-by-side existence with the French language that Old English morphed into Middle English. In doing so, it adopted approximately 10,000 French words – three quarters of which are still used today. To put it another way, more than a third of all English words are derived from the French language. 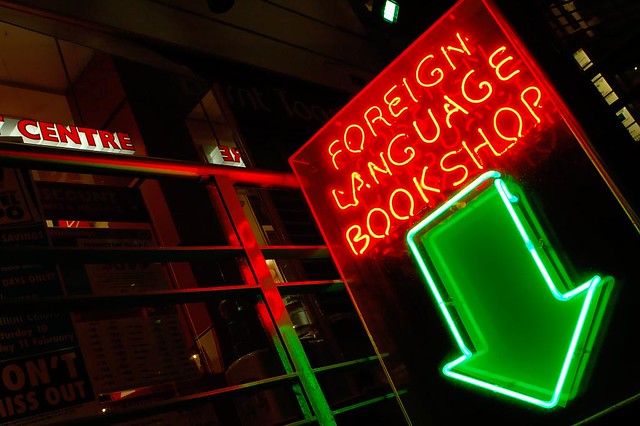 Latin As the language of scholarship and of the church, Latin had a great and lasting influence on English. According to the British Council, Latin words – including modern scientific and technical words – have contributed to around 28% of the English language. Why learn English? In the modern world, English has become a lingua franca that is used by everyone from global leaders to mainstream musicians. The ability to speak and understand the language, therefore, not only improves a person’s job prospects, it also helps enhance their cultural experiences. With a potential vocabulary of around 200,000 words, learning English might seem like a daunting task. In practice, however, the average person uses just 2,000 of these in a week’s worth of conversation – which is a far more manageable number.